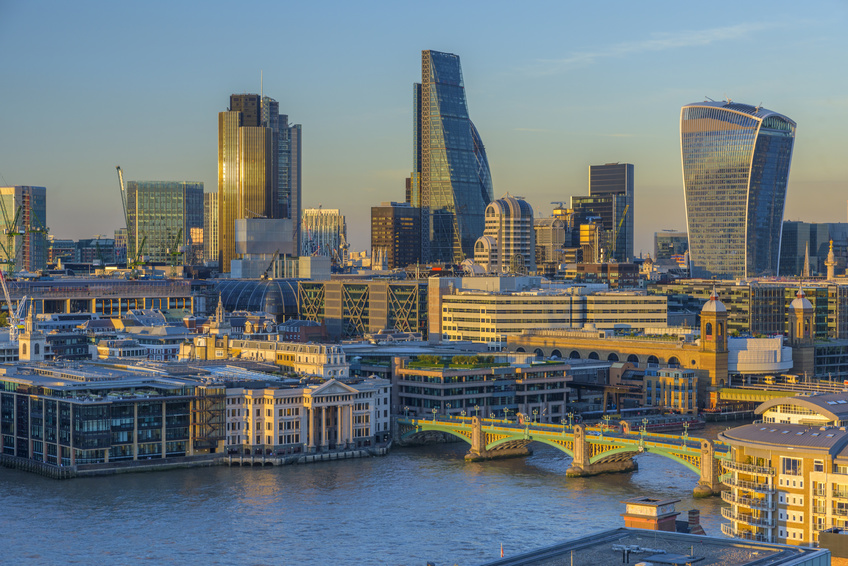 Open For Business: Why London Leads The Fintech World

Even with the uncertainties of Brexit at the forefront of the political and commercial agenda, London’s financial technology boom shows no sign of slowing. Indeed it’s the two cornerstones of fintech - finance and technology - which, in what some have labelled the modern version of the industrial revolution, now power Britain’s exports to the world.Innovation and commercial disruption are bywords for fintech and part of its DNA. In contrast, financial services might not be the sector which first springs to mind when we think of the changes digital brings: from the outside, the words ‘complex’, ‘highly-regulated’ and ‘rooted in tradition’ sum it up pretty well.Yet fintech brings the financial services industry kicking and screaming into the leading edge of digital transformation, and with it puts the balance of control back to the consumer.You might also assume that having all the various inherent strands of one market sector in one place would prove a barrier to a newcomer’s entry there, rather than a springboard. Yet in the case of financial services in London, the opposite has proved true.‘Landscaping UK Fintech’, a study by EY (Ernst & Young) which was commissioned by the Government’s financial services organisation UK Trade & Investment, quantified the UK Fintech industry as generating £20bn in annual revenue. This was broken down as £10bn from the payments microsector, £3.8bn in financial data and analytics, £4.2bn in financial software and £2bn in platforms. The report is just one of many to show how, in the last five years, London has led Europe in terms of the amount invested in small and large digital businesses, building the software and services that will define the future of finance.

Eileen Burbridge, an American Venture Capitalist, moved to the UK back in 2004 and three years ago was appointed the Treasury’s ‘Special Envoy’ for Fintech. She is one of the world’s most prominent investors in this market sector and believes that London is trouncing not only Silicon Valley but also the rest of the world when it comes to creating and developing financial technology.“London and the UK continue to lead the fintech cycle,” she says. “If you look at the history (of this market), Silicon Valley may have produced companies like Paypal, but that pales in comparison to the number of Fintech companies being founded in London.“We don’t just have our own Wall Street and Silicon Valley in London, we also have the skills of Washington DC here,” she adds, saying that the UK Government’s focus on Fintech is making Britain the most attractive country in the world for building a Fintech business.“In the United States, you don’t really have people talking to policy makers in DC, or to Wall Street,” she continues. “Yet we have that happening organically in London and in smaller cities like Leeds and Edinburgh, where great teams are also building up. This is something that is unique to this country and it’s why, even as a Silicon Valley export myself, this is where Fintech will continue to be led.”

Does London’s past dictate its present?

“London is one of the most electrifying tech hubs in the world, with companies and investors all brought here by the city’s ideas and entrepreneurial spirit,” says Burbridge. That spirit is nothing new: London’s success builds on its traditional commercial strengths and its hundreds of years as a financial and trading centre.Long before digital, London was historically a thriving port at the centre of trade within and across the British Empire. Its geographical positioning - between West and East and at GMT - has been a traditional factor in making the UK a key location for international business, allowing London to engage seamlessly in trade with both Asia and the Americas in one day.Back in 1986, Margaret Thatcher’s government introduced ‘Big Bang’, a new set of rules for the financial industry. This move effectively made the UK’s financial hub open for foreign investment, with its legacy still keenly felt in the Fintech marketplace today. Indeed it is thanks to the ethos of ‘Big Bang’ then that, thirty years on, Britain and London now continue to enjoy a position of both comparative and competitive advantage at the forefront of the international financial services industry.

What the Government’s role means

It’s easy to see the link Burbridge identifies between Parliament and entrepreneurs, and simpler still to see its effect. As far back as 2014, the then-Chancellor George Osborne announced Government plans to make the UK the “global capital of fintech”. To help this to happen, Britain’s regulatory and political environment remains favourable to fintech, even with Brexit on the national agenda. In any commercial environment, the red tape of regulation can hinder any business sector, restrict growth and slow progress to a crawl. In contrast, the UK’s attitude to financial regulation is, to many, refreshingly progressive. “British policy makers really understand, perhaps as a result of the events in 2008, the importance of a resilient, innovative financial sector,” says Burbridge. In the fast-paced world of financial and technological business, the willingness of UK regulators to work quickly to support pathways for fintech innovators is crucial.

It’s easy for politicians to label the UK as a hotbed for tech talent, but the reality is that businesses here really can benefit from access to an unparalleled talent pool. It may be a ‘chicken and egg’ scenario, but an abundance of qualified tech talent is an asset which has not only helped bring tens of thousands of tech businesses to the UK but also attracted the people with the skills those enterprises need. Additionally, on an international basis most aspiring professionals and entrepreneurs have English as their second language of choice. The UK’s success means that British firms have a deeper pool than most in which to fish for specialist talent. As one fintech recruitment expert puts it: “If people want to get hired in this industry, they go to where business will hire them, and in Europe London is the strongest magnet, without a doubt.”

Ask any business leader why his company is located in a particular place and a common theme in the reply will be that they are there because everyone else is there, that they can therefore easily and seamlessly conduct business with others. In a digital environment, that may seem counter-intuitive, since modern communications and information technology allow people and businesses to work from just about anywhere. However, London is textbook example of what’s called an economic cluster. The distinctive feature of the financial services market in the UK, which is mainly based in The City, is the pre-eminence of foreign firms. It’s as if London has become to finance what Wimbledon is to tennis: a place where the biggest international players come to compete.The effect of financial firms choosing the UK can be seen in them coming together to create large, liquid markets and economies of scale. The knock-on effect of this is to make UK Plc a collective incubator for ideas, talent and both personal and professional networks. The success of Fintech in the UK leads on from that, since it takes advantage of a fertile environment for innovation and skills development. As a senior adviser to a large US bank said recently: “Over time a vicious circle, supported by sensible regulation, has developed here to such an extent that London is more than a network: it’s become a knot, and it is very difficult to disentangle a knot.”

The first wave of disruption in financial services came in the form of lending, payments and remittance. But the next wave is disruption to the back-end of financial services – crucially important, even if not particularly headline-grabbing. Building these systems, which ditch old-fashioned legacy systems, is the next big trend and one which the UK, being Europe’s centre of both financial and technological excellence, is uniquely poised to exploit. This goes beyond consumer-facing apps and gets into business-to-business and back-end innovation.The time is also ripe for innovation in regulatory compliance, currently a big issue across financial, insurance and legal markets as a whole. Technology-based advances in fields such as artificial intelligence and data analytics can also be expected to be large drivers of change in Fintech. Cybersecurity and cybercurrency also look likely to continue to be hot topics and are fields which will require a lot of investment.Brexit aside, there’s no reason to think that the UK and London won’t continue to be at the forefront of this revolution. “I genuinely believe that London is the place to start and grow a fintech business,” Burbridge said last summer. “We’re in the best place in the world to be thinking about these things right now, to be building companies in this space, to be investing in them, and also to be consumers.”