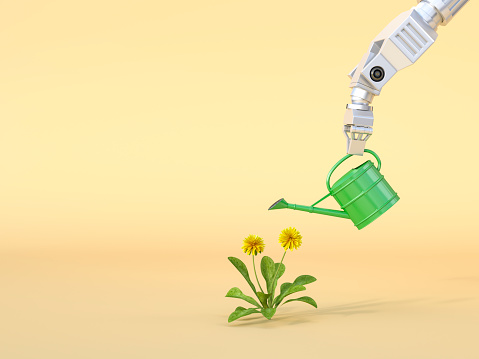 As the pensions industry prepares to bring its technology into the 21st century to match customer expectations, Sam Barton looks at the digital transformation we’ve already seen happen in banking - and compares it to the march of the fintechs that start with a clean sheet...

Digital transformation is a story that has been re-enacted many times before. In the pension industry it is relatively new, but in banking, our sister industry we have seen it not just once, but twice.

The first transformation started in the high street, money being a paper based transaction evolved into a digital one. It now seems a very long time ago that we had to go into a bank and fill out a CHAPS form to send someone money and pay a fee to have the transaction carried out.

As the internet was introduced, those high street banks had to evolve into online banking and adapt to meet customer demands for an enhanced experience. We got our first digital statement and as the infrastructure to provide that information was created so too were the means to introduce operational efficiencies. Payments could be exchanged more efficiently removing the upfront fees.

Everyone was a winner, right? Well no, not immediately. Things were going to have to change and no one likes change. The reduced fees meant the banks had to find cost savings elsewhere. The high street branches began to close and we started to have to pay to receive our statements in the post. This was fine for many of us, but not for the elder generation who were not digitally savvy.

There were also growing pains as we all digitally transformed our ways of banking online. The concept of online banking was coupled with the introduction of broadband, the idea that you paid for the speed you wanted and the speed you got massively varied and in some cases was non existent. So this cultural change was being adopted faster than the hardware needed to support it could be upgraded.

But in time, we got there. Young and old we accepted the change, and now use our mobile phones to check our bank balance and the infrastructure to support the transformation has stabilised. The second transformation is relatively new, but it is a change that we the customer was expecting and appreciative of. Today you can check the balance of your Lloyds bank account via your Barclays mobile app thanks to open banking. This opens the door to much more.

So why the history lesson? Those banks had to make significant changes to their product, but also their infrastructure to transform and provide comparable features to the Monzos or Starlings that started with a clean sheet. This is a story that is being played out again today as large pension firms embrace the concept of transformation. Banking was the first act, today pension providers face the same challenge.

Previously shielded from customer expectations as they only needed to exchange a paper statement once a year. Now the government wants that data shared electronically and so does the customer. We want to see our pension statement next to our ISA statement or bank statement. ‘There’s an app for that’, is a household adage meaning expectations are being set by customers and not those in charge of the data. The downside of not being part of the first act, you have to be as good or better than what people have become used to.

Suddenly words like ‘user journey’ and ‘persona’ are being used in newly created digital transformation teams inside those pension firms. But this is just part of the evolutionary change. Other words like enterprise or on-premise systems are going head-to-head with words like cloud-hosting and agile. Digital transformation isn’t simply achieved by launching a mobile app, it requires the infrastructure to be upgraded but also the business culture to also evolve. This is in-fact the hardest part of the evolution.

Just as soon as you have upgraded both the infrastructure and the mindset you then have to change the policy documentation that previously was hard-wired to those on-premise systems. Plus, best practice means you keep your software up-to-date to avoid that legacy world that you are rushing away from. This means another cultural change, this time away from waterfall and into agile and a place where you deploy change many times a day rather than once a quarter.

Digital transformation is the new buzzword, it’s created new roles for recruiters looking for people to head up that world. It’s become an industry of its own. But it’s one that is focused on that business changing rather than one where the customer sees the benefits first.

That is the dividing line between digital transformation and fintech. Starting with a clean sheet and embracing current technology from the beginning means you get to shape your vision for the product, but also the business and importantly the culture for the people who work on the product for you. Being a fintech isn’t just about using the latest technology, it’s as much about embracing innovation and allowing the people you hire to do what they are good at.

Culture in any financial organisation is often the best measure of being a fintech and if that culture is being held back by corporate thinking then the hardest part of the transformation process is yet to come.