The Future of Global Retirement

Traditional 'retirement' is over

Retirement perceptions in the USA 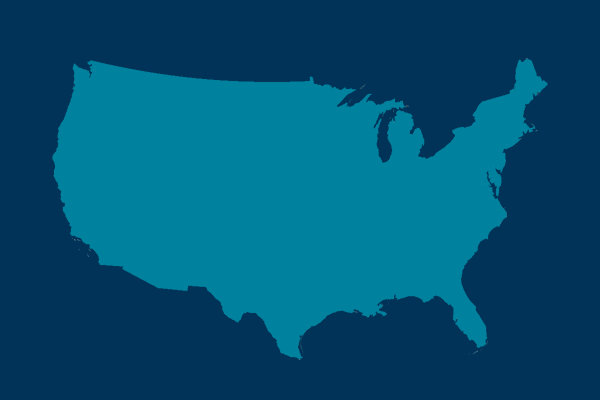 Retirement perceptions in the USA

The American retirement system is in a state of transition. In the USA, only half of workers have access to an employer-provided retirement plan. An increasing percentage of employers that offer plans are now automatically enrolling their employees into a defined contribution retirement savings plan, mainly employer-sponsored 401(k) plans. While large employers typically offer retirement plans, many smaller employers do not. The SECURE Act, which became law in late 2019, makes it easier for small business owners to join pooled employer plans that can be less expensive and easier to administer, bringing access to many more savers, including part-time workers.

Our research uncovers attitudes, beliefs and opinions of 2,654 adults across the USA, representative of all American adults, and points to a picture of gaps in advice and expectation between what participants need, and what the market currently offers.

Americans have a fair understanding of their retirement options and many know where they would look for advice. Many participants look to their retirement plan providers for advice on planning retirement, but this advice is falling badly short of expectations.

When seeking advice, just under half of US respondents would expect to be able to turn to financial advisers (41%). Two in five would also seek advice from their retirement plan provider (42%), closely followed by turning to friends and family for advice on options regarding their retirement savings (35%). A quarter of all US respondents (24%) did not know where they might be able to seek advice regarding finances during retirement.

Almost four in every ten respondents (38%) have never taken advice on their retirement financing. Intuitively one might expect younger respondents not to have received advice, but worryingly this number remained surprisingly consistent into older age groups approaching retirement, with 42% of those aged 55 and above saying they have never received any advice.

Where respondents have received advice, financial advisers were most highly rated (17% saying they were most useful). Worryingly, this number was closely followed by ‘friends and family’ as the source of most useful retirement funding advice (15%). And, while 34% of respondents had said they would turn to a retirement savings provider for advice, just 9% rated their provider as their most useful source of information. There is clearly a big gap between what retirement plans are giving retirement savers, and the advice that savers would like, and expect, to receive from them.

Retirement ages are rising and people increasingly expect retirement to be a multi-stage transition rather than a one-off event. The idea of reaching a particular age and swapping workplace income directly for retirement savings is long gone.

Three in ten respondents (31%) expect to continue working part time, even after beginning to access retirement savings, while one in five (20%) expect to supplement retirement income with another form of investment.

All of this points to a very different picture of ‘retirement’ to the idea the word used to represent – so different that we can safely say traditional ‘retirement’ is over. The pattern of reaching a point in life where work ends and a consistent retirement income sustains Americans for the remainder of their lives is gone for all but a small few.

Americans’ primary worries in retirement funding are related to healthcare, day-to-day living costs and a perceived need to adjust to a more limited lifestyle.

Three in ten respondents (31%) expect their spending to decrease in retirement. This number is swayed a little lower by younger respondents, and among those aged 55 and older rises to 41%.

The biggest concern in retirement among US respondents is not being able to afford healthcare costs, with 45% overall saying this is a concern, rising to exactly half (50%) of all respondents aged over 55.

Overall, accommodation costs and day-to-day living costs are the next largest concerns, with 41% of respondents saying they are concerned about these areas.

Of those aged over 55, living their desired lifestyle is the second highest concern, with 44% responding that they are concerned about having to limit their lifestyle.

Roughly one in five (18%) of all respondents have no concerns about finances during retirement, rising to 22% ( just over one in five) of those aged over 55.

In the context of the ‘advice gap’ uncovered by our research, these worries and concerns point to a great need to guide those reaching retirement in how to spend their money to balance current and future needs. Savers fear running out of money, at the same time as worrying about having to limit their lifestyle too much.

Americans want ownership of their decisions, control to flex their finances and ‘easy access’ to their money.

When asked how they wanted to access their retirement finances, almost one in four Americans (23%) did not know how they wanted to access their money. Even among the 55+ age group, 21% did not know. This points back to the ‘advice gap’, and also illustrates the great need to balance a system where many wish for full control of their finances, while many – even approaching retirement age – have limited knowledge of the options available to them.